Borders.
A temporary arrangement of fragments. Listening and reading across the borders of sounds, films and words. 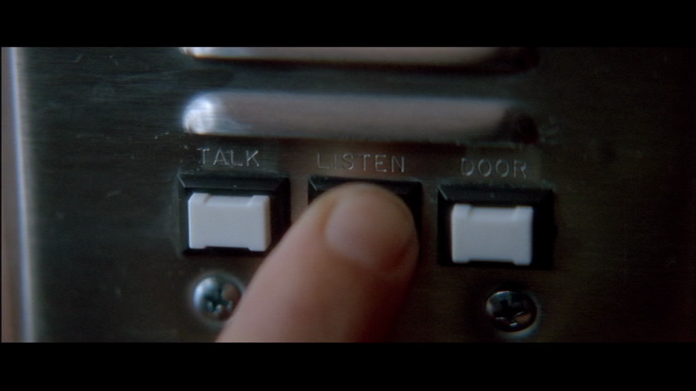 Talk/Listen/Door.
Listen between talk and door. The attention dwells on the peripheral—accidents, detours of thoughts—rather than any assumed core, up to the point when the very core of my listeningreading-into-writing becomes what is normally deemed peripheral. I seek to reclaim the intermittent incoherence in listening and reading, and to move through their residual presence into a marginated writing that is edge, horizon, fuga.

Sonic Doom.
Between euphoria and dysphoria, histories of listening into reading into writing and back. Beginnings that begin nothing. Words after sounds that allude to a meaningful absent: troubled, they point at something else but are uneasy with regards to the shape and movement of that at.

It is either too much or not enough for these words. I write them as they lose their connections with habits.

I write them as I read in Pierre Janet:
I heard that, and it sounded like the end of the world.

I write them as I read Clarice Lispector:
I am not transmitting to you a story but just words that live from sound.
I’ll keep talking to you and taking the risk of disconnection.

I read them and sometimes I broken-chant them aloud.

The voice, little as I had yet heard of it, had something curiously still and mechanical in its tones, and the utterance was remarkably rapid.
Wilkie Collins, The Woman in White.
…
http://enabime.wordpress.com
http://www.danielacascella.com